Is there a greater bond than that of mother and baby?

The preliminary findings of a recent study provide evidence of another facet of that bond and demonstrate further that electromagnetic waves produced by one person’s heartbeat can be detected by the brains and nervous systems of others around them.

A summary of Proof of Concept Study: Heart-Brain Synchronization between Mother and Baby notes that researchers “explored the potential to measure energetic heart-brain interactions that may be occurring between a mother and her infant.” The study, conducted in August 2007, was done while the infant was in the mother’s lap.

Researchers, who began the investigation with two women and their infants but were only able to use the data for one of the mothers and her baby, recorded a number of examples clearly showing the baby’s heartbeat was detected in the mother’s brain waves.

“This preliminary data elucidates the intriguing finding that the electromagnetic signals generated by the heart have the capacity to affect others around us,” the summary says. “The signal was not always detectable, but was clearly detectable when the mother tuned into the baby. It appears that when the mother placed her attention on the baby that she became more sensitive to the subtle electromagnetic signals generated by the infant’s heart.” 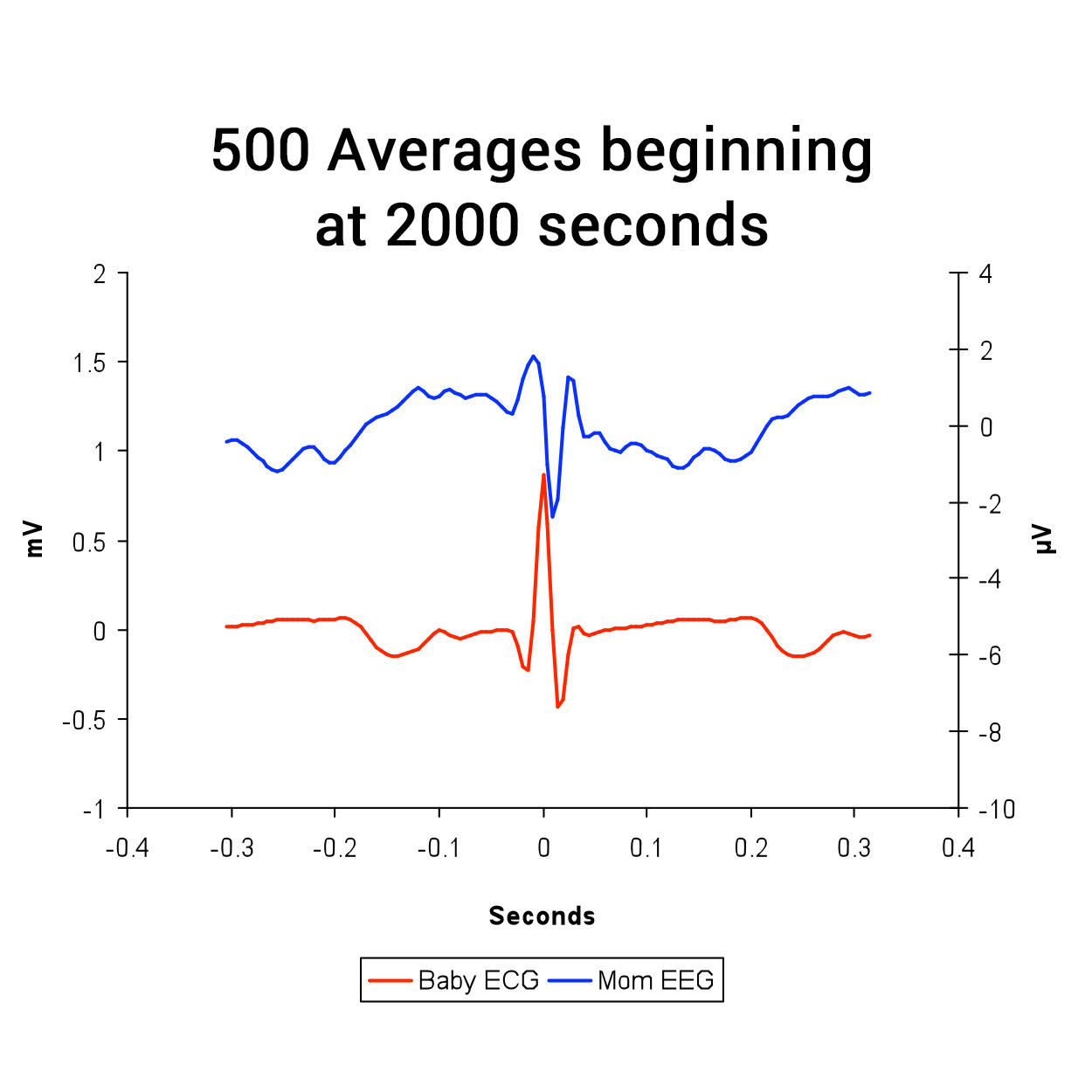 Previous studies have produced similar findings, according to the summary, including data showing that one person’s brain waves can synchronize to another’s heartbeat when the individuals interact. Protocols and data analysis procedures similar to those used in earlier investigations were employed in this latest study, which was conducted by Linda Caviness, Wendy McCarthy, Rollin McCraty and Mike Atkinson.

The researchers said the findings complement the experience of instructors who have trained thousands of people how to self-generate and maintain coherence while listening to others in conversations. “Once individuals learn this skill, it is a common experience that they become much more attuned to other people and are able to detect and understand the deeper meaning behind spoken words,” they said in the summary. “They are often able to sense what someone else really wishes to communicate even when the other person may not be clear about that which he is attempting to say. This technique, called Intuitive Listening, helps people to feel fully heard and promotes greater rapport and empathy between people.”

At the outset of the mother-and-baby study, researchers noted that it was intended as a pilot project. After releasing the preliminary findings, they said the data would help the HeartMath research team in formulating hypotheses, methodology and statistical analysis for future research projects.

Click here for a list of links in to the HeartMath Institute’s Research Library about the fascinating research into heart-brain interactions between people as well as related topics. And parents … you know that loving your little darlings and teaching them to love starts at birth and goes on and on.

HeartMath founder Doc Childre’s widely praised e-book Teaching Children to Love: 80 Games & Fun Activities for Raising Balanced Children in Unbalanced Times has been called “essential reading for any parent,” and we highly recommend it as you and your children grow in love.