Black Friday / Cyber Monday 35% Off Sale – Plus Free Shipping on All Orders Over $49 in USA! Use code SALE2022 at checkout. Shop Now

You Can Change Your DNA

When we are born, the deoxyribonucleic acid/DNA in our bodies contains the blueprints for who we are and instructions for who we will become. For example, it can tell our eyes to eventually turn from blue at birth to hazel later on, our length to grow from 20 inches to 70 and direct a multitude of other changes over the course of our lives.

Many people have mistakenly believed that the DNA with which we are born is the sole determinant for who we are and will become, but scientists have understood for decades that this genetic determinism is a flawed theory.

The field of epigenetics refers to the science that studies how the development, functioning and evolution of biological systems are influenced by forces operating outside the DNA sequence, including intracellular, environmental and energetic influences. 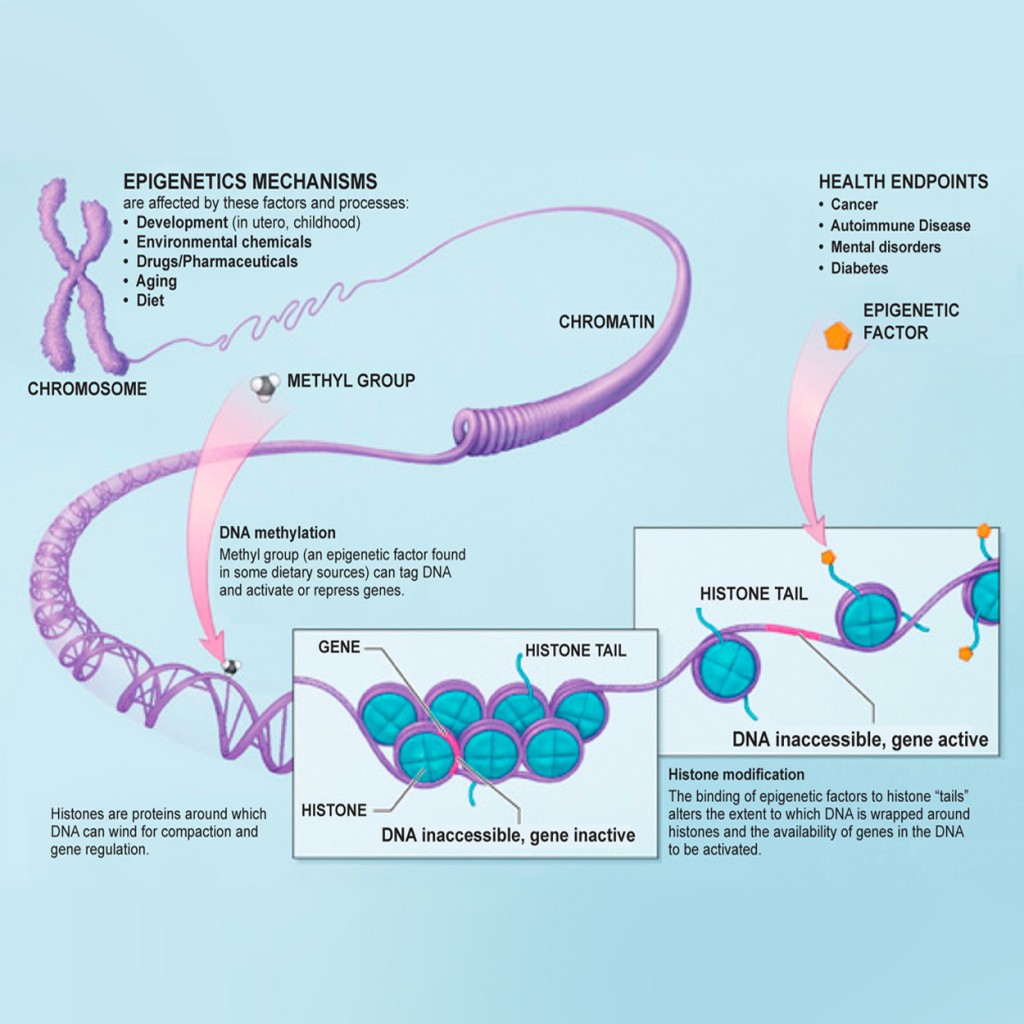 Since the 1950s scientists have accepted that epigenetic influence is critical in our development. Epi – Greek for “besides” – combines with the word, genetics, to essentially mean “something more than genetics.” That “something more” is widely held today to refer to our environment – thus meaning that our genetic code and the environment in which we develop determine who and what we are.

Researchers have shown through studies that epigenetics entails even more than DNA and the places where we live, the climate around us and all the twists, turns and hard knocks of our lives.

HeartMath deems integral elements of the model for who we are and what we can be are the thoughts, feelings and intentions we have every day. After two decades of studies, HeartMath researchers say other factors such as the appreciation and love we have for someone or the anger and anxiety we feel also influence and can alter the outcomes of each individual’s DNA blueprint.

“The difference between these two is significant because this fundamental belief called genetic determinism literally means that our lives, which are defined as our physical, physiological and emotional behavioral traits, are controlled by the genetic code,” Lipton said in an interview with the online magazine, Superconsciousness. “This kind of belief system provides a visual picture of people being victims: If the genes control our life function, then our lives are being controlled by things outside of our ability to change them. This leads to victimization that the illnesses and diseases that run in families are propagated through the passing of genes associated with those attributes. Laboratory evidence shows this is not true.”

A Steady Diet of Quantum Nutrients

“When we have negative emotions such as anger, anxiety and dislike or hate, or think negative thoughts such as ‘I hate my job,’ ‘I don’t like so and so’ or ‘Who does he think he is?’, we experience stress and our energy reserves are redirected,” an article on HMI’s website explains. This causes a portion of our energy reserves, which otherwise would be put to work maintaining, repairing and regenerating our complex biological systems, to instead confront the stresses these negative thoughts and feelings create.

“In contrast,” the article continues, “when we activate the power of our hearts’ commitment and intentionally have sincere feelings such as appreciation, care and love, we allow our hearts’ electrical energy to work for us. Consciously choosing a core heart feeling over a negative one means instead of the drain and damage stress causes to our bodies’ systems, we are renewed mentally, physically and emotionally. The more we do this the better we’re able to ward off stress and energy drains in the future. Heartfelt positive feelings fortify our energy systems and nourish the body at the cellular level. At HeartMath we call these emotions quantum nutrients.”

In simple terms most people can relate to, what this means is that when we are having a bad day, going through a rough period such as dealing with the sickness of a loved one or coping with financial troubles, we can actually influence our bodies – all the way down to the cellular level – by intentionally thinking positive thoughts and focusing on positive emotions.

The power of intentional thoughts and emotions goes beyond theory at the HeartMath Institute. In a study, researchers have tested this idea and proven its veracity.

HeartMath researchers have gone so far as to show that physical aspects of DNA strands could be influenced by human intention. The article, Modulation of DNA Conformation by Heart-Focused Intention – McCraty, Atkinson, Tomasino, 2003 – describes experiments that achieved such results.

For example, an individual holding three DNA samples was directed to generate heart coherence – a beneficial state of mental, emotional and physical balance and harmony – with the aid of a HeartMath technique that utilizes heart breathing and intentional positive emotions. The individual succeeded, as instructed, to intentionally and simultaniously unwind two of the DNA samples to different extents and leave the third unchanged.

“The results provide experimental evidence to support the hypothesis that aspects of the DNA molecule can be altered through intentionality,” the article states. “The data indicate that when individuals are in a heart-focused, loving state and in a more coherent mode of physiological functioning, they have a greater ability to alter the conformation of DNA.

The influence or control individuals can have on their DNA – who and what they are and will become – is further illuminated in HeartMath founder Doc Childre’s theory of heart intelligence. Childre postulates that “an energetic connection or coupling of information” occurs between the DNA in cells and higher dimensional structures – the higher self or spirit.

Childre further postulates, “The heart serves as a key access point through which information originating in the higher dimensional structures is coupled into the physical human system (including DNA), and that states of heart coherence generated through experiencing heartfelt positive emotions increase this coupling.”

The heart, which generates a much stronger electromagnetic field than the brain’s, provides the energetic field that binds together the higher dimensional structures and the body’s many systems as well as its DNA.

Childre’s theory of heart intelligence proposes that “individuals who are able to maintain states of heart coherence have increased coupling to the higher dimensional structures and would thus be more able to produce changes in the DNA.”

Read more about quantum nutrients at Solution for Energy.