It was freezing as Sawyer, a therapist, licensed clinical social worker and certified substance-abuse counselor, talked on the phone for nearly an hour, describing how, years before, he co-launched New Vision Wilderness, a wilderness therapy intervention program for at-risk youth.

Wide-open spaces became Sawyer and the other New Vision Wilderness staff’s clinical and office settings. They added the unique therapeutic tools of nature and roughing it to the academic strategies they relied on to reach their charges.

Other tools Sawyer relied on were developed by HeartMath, tools which he already had used extensively with patients before New Vision Wilderness. HeartMath tools, including the emWave® technology, were woven into the staff’s other strategies. 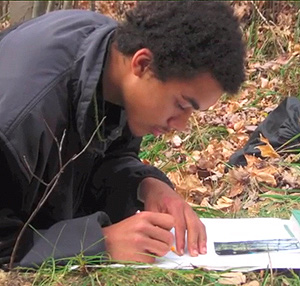 It was one thing to use HeartMath® tools with patients in a clinical setting, Sawyer said, "but to do it in a natural environment of coherence along with tools for how to develop stability within themselves and their nervous systems: It has been so powerful."

A critical component in the practice and achievement of results with HeartMath’s tools, techniques and technology is self-regulation, which simply refers to the individual taking charge and engaging in and practicing desired behaviors, emotions and thought processes.

"We teach them a skill set of self-regulating," Sawyer said. "HeartMath is very empowering to help them self-regulate through all of this. We will use Quick Coherence®, some Freeze Frame® (among other techniques) … it’s very individualized.

"We use HeartMath regularly to empower youth to manage their stress in a challenging environment," he said. "This creates application to the home environment. The ongoing repetition creates mastery of the HeartMath toolset. We take kids that are at 100 percent low coherence at the beginning pre-test of the program to 60% to 80% high coherence in the post-program test."

How the Program Works

Typically, four adults and a group of eight or nine teens go out on six- to eight-week expeditions in rural Northern Wisconsin. On a mid-January day, while Sawyer was ice fishing with his small group, the other youths and staff – another therapist and two field guides – were off hiking. (Today New Vision has programs in Wisconsin for preteens and adolescents and in Oregon for adolescents and young adults.)

Exercise is a key aspect of the program, but, as in the case of hiking, within limits. Excessive hiking, for instance, creates therapeutic defensiveness, he said. 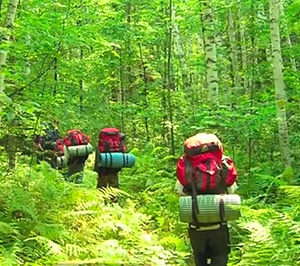 Although the staff believes hiking is important in the program, their intent is not to make it onerous, so they typically average 3.5 miles every other day and will go farther in summer. "Trauma-informed care means individual care," Sawyer said. "If one member can only go so far, we pull back. Our biggest principle is that shock is not therapeutic. Shock creates defensiveness."

Although Sawyer stressed that the New Vision program relied on physical exercise, it is not like boot camp. "We use exercise to vent off the nervous system and as a stabilizer."

Sawyer said the New Vision staff is highly trained. "All of our line staff have BA’s as a minimum. There are two field guides along with therapists."

That last one, Sawyer said, "is how we get access to their emotions: reflection and accountability."

Although the average length of participation in the program is six to eight weeks, he said, the actual length is tailored to each individual’s therapeutic needs. "Part of our model requires an attentive process where we are in tune with each kid."

Sawyer, a co-author of the HeartMath® Interventions Program for licensed counselors, psychologists and other professionals, said the group would go out backpack-hiking the entire time. They carry provisions, but would take time out to replenish some supplies. Shelter could be one of three kinds: canvas tents, walled military-style tents with woodstoves or primitive cabins for sub-zero temperatures.

In the spring of 2013 Sawyer said around 70 youths – the number fluctuates – participated in the program each year, and the staff could number as many as 30 at any given time. 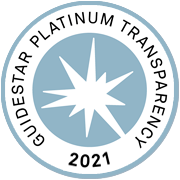